My new book on the relationship between detective fiction and the ghost story will surface next year.  I am thoroughly enjoying the research and as indicated in my previous blogs one of the chapters will be a reading of The Hound of the Baskervilles as an exercise in the supernatural.  I have been reading recently Laurie R King’s novel The Moor (1998) which is the fourth in her series of Mary Russell novels.  King has reincarnated Sherlock Holmes, to whom Mary Russell is married, and in this outing he returns to Dartmoor to investigate murder and mysterious happenings on the moor.  I was sceptical about this kind of literary resurrection before I read it but I must say I am very impressed with this book – the writing is elegant, witty and, for someone like me who knows Dartmoor well, shows an excellent knowledge of the moor and its ghostly possibilities.  The other three Russell books, which I have not yet read, also feature Holmes as her better half.  The Moor also includes the influential figure of Sabine Baring Gould, parson, squire, hymn writer (he wrote the words to Onward Christian Soldiers with music by Arthur Sullivan), antiquarian and folklorist – one of those rare polymaths, a friend of Conan Doyle whose writing about the moor was undoubtedly influential in the tale of the hound.  The Baring Gould family home was Lewtrenchard Manor at Lewdown, now a hotel.

Another author who has cropped up during this research is Michael Jecks who has written a whole string of historical crime novels about Dartmoor.  I must confess to my utter shame that I have not read any of these books before despite the fact that Jecks is a former Chairman of the Crime Writers Association and lives only a few miles away from me!  Do read them, they entertainingly written in the manner of Ellis Peter’s Cadfael series, but always with a profound knowledge of history and of Dartmoor, in particular – I love the way they portray the logic of detective work alongside what might appear to be its antithesis, the superstition and supernatural belief of medieval England.  His serial detectives are Sir Baldwin Furnshill, Keeper of the King’s Peace and Simon Puttock, Bailiff of Lydford – particularly interesting for me as Lydford Gorge and Castle were in my portfolio of responsibilities for the National Trust.

A footnote – my researches seem to confirm that the notorious Grimpen Mire in The Hound of the Baskervilles is, in reality Fox Tor Mire.  A throwback to the time before the Inclosure Acts ultimately untamed by fences and modern farming the perfect place for the imagination to run wild in tune with nature – no more than a soggy walk actually but a desolate place nonetheless … 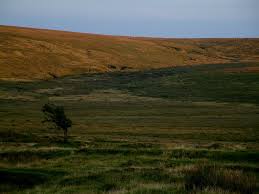 Posted on June 10, 2012 by Michael
This entry was posted in Uncategorized. Bookmark the permalink.

This site uses Akismet to reduce spam. Learn how your comment data is processed.

We use cookies to ensure that we give you the best experience on our website. If you continue to use this site we will assume that you are happy with it.Ok